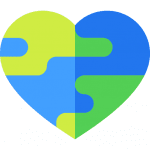 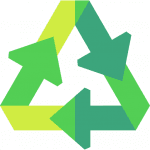 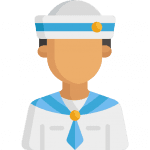 ecoOpti tour for sailing schools is a project launched by nlcomp and Clean Sailors to educate the next generation of sailors.

The ecoOptimist dinghy is the first recyclable sailing boat of the Optimist class in the world with already more than 90% of the hull being recyclable today. It, has been designed and built by Northern Light Composites in Monfalcone, Italy, who have teamed up with Clean Sailors to launch the ecoOptimist for young sailors A huge number of sailors around the world have their first experiences on the water in an Optimist dinghy – it represents the single largest sailing class on the planet, and is the single most-widely used boat, globally.

The materials for the hull of the ecoOptimist were carefully selected and tested to make sure that they delivered the same high performance as conventionally built boats in the Optimist class, but in a pack- age that is significantly more sustainable. The ecoOptimist is not only built from sustainable materials but also recyclable once it is no longer fit to carry young sailors – more than 90% of the hull are already recyclable today and soon it should be 100%. The ampliTex™ natural fibre reinforcements, Atlas HPE core and resin can then be reused to produce new components. Compared to conventional glass fibres, flax fibres reduce the CO2 footprint of the composite from cradle to gate and don’t rely on fossil resources for the production of the raw material. Instead, they sequester CO2 from the atmosphere during their growth and act as a natural CO2 sink during their entire lifetime.

The project is supported by Onesails, leading sailmaker, and Bcomp, high-technology flax fibers developers and producers.